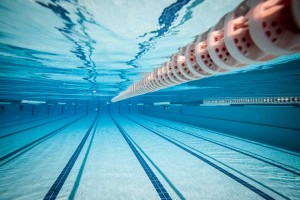 Are you aware of any thoughts that may be getting in your way of living the life you want to live?

Are self-limiting beliefs stopping you from doing the things you want to do?

Sometimes we’re very aware of the beliefs and thoughts we allow to get in our way. Sometimes they are hidden in our subconscious and we have to do some deep thinking and introspective work to bring them to the surface. I found this out first hand in an interesting experience I had in the pool.

A few years ago, I learned how to swim.

“I will just keep working at it and sooner or later it will happen.”

Well, here is the interesting part. A number of months ago, I noticed that a very large water slide that had been located mid-way off the side of the pool had been removed. I didn’t really think much of it at the time other than I noticed how much it opened up the space with it gone.

I started my workout with my mind focused on the front crawl. To my utter surprise and amazement something spectacular happened.

I swam a first length easily getting to the other side without turning over half way.

I felt so completely different about it, I thought, ‘Wow that was amazing.” I felt ecstatic as it was absolutely effortless. In fact, I was able to swim back using the front crawl with no issues and ended up completing a total of six lengths!

That was the most lengths I had ever swam using the front crawl. I thought, “My gosh what has happened, why is it so different today?”

Contemplating this in the shallow end of the pool, I looked over at the water slide laying on its side in pieces. I realized that subconsciously the slide had represented a ‘real’ threat to me: past this point is deep water = danger.

This perception of danger caused my brain’s limbic system (my fight or flight response) to get aroused causing me to ‘flee’ and stop doing this (front crawl) and do something else (back stroke.)

Was the potential for danger real? No, but the reaction my brain was having was real.

The realization set in that in my desire to learn a new habit (the front crawl), the learning was interrupted by a threat response in my brain’s limbic system, “I can’t go passed the slide because of the danger,” and I went back to my old neural wiring or mental map to stop the uncomfortable feeling of fear and anxiety.

With the removal of the threat (the water slide) my brain’s threat response did not kick in, causing a lot of tangible energy to be released (feeling ecstatic) and I was able to attain my goal (front crawl.)

What thoughts or beliefs do you have that may be causing a threat response in your brain impacting you to stop learning a new habit?

I would love to hear from you if you have a similar story to share!